We look forward to seeing you there! 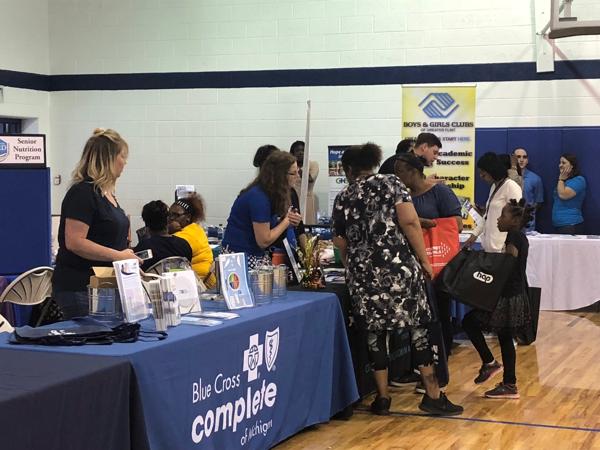 Legal Services of Eastern Michigan will be at Sylvester Broome Empowerment Village for the Flint Water Recovery Resource Fair on Wednesday, July 25 from 10 a.m. to 2 p.m. to provide services and resources for our community alongside many other organizations.

Other than legal services, youth education, physical education, lead abatement and water resources are some that the fair will address.

There will be a grocery giveaway sponsored by Genesee Health Services, as well as a hydration station so that residents can fill up on Ice Mountain water. The city encourages residents to bring their refillable containers.

Click here to read an opinion outlining the Michigan Department of Civil Rights goals and objectives for combatting the Flint water crisis in the years to come as stated by Dr. Augustin V. Arbulu, the director for MDCR.

Come join us at Max Brandon Park on June 2 between 11:00am and 3:00pm. There will be a host of vendors from Genesee County that can provide resources and information pertaining to many important matters of everyday life. In addition, please enjoy good food with activities for children and great music by Classy Moves Productions.

See you all Saturday!

In honor of the beginning of #Ramadan2018, LSEM would like to wish all members of the Muslim community a blessed and peaceful holy month. ‘Ramadan Kareem’! Click the above image to read an article about what people in Michigan are doing to celebrate!

Be sure to reserve your free spot at Saginaw’s Open More Doors Expo! Learn how smart credit management and fair housing awareness can help you open the doors to a brighter future.

In 1967 Mayor Floyd McCree, resigned his appointed position, stating, “I refuse to live an equal opportunity lie.” He did so in protest of the city commission’s defeat of an open housing ordinance. For despite his status as the first African American mayor of a large American city, McCree inhabited what had become one of the most racially segregated cities in America. Understanding Flint’s history means understanding how its built environment and communities developed along highly racialized lines.

Using objects and images from the museum’s collection, the exhibition explores how segregationist policies and practices influenced the development of Flint’s neighborhoods. It also explores efforts to wrest the city free from discriminatory housing practices. An Equal Opportunity Lie will close May 27, 2018.